The end of spring is here, and the first signs of summer are appearing. That makes May the ideal time to go pretty much anywhere, especially if you want to beat the big crowds and high prices of summer-proper. From tropical Bali to evocative Israel, from academic Cambridge to cool Copenhagen, HotelREZ has you covered this May.

Denmark is one of the world’s happiest countries, and it’s home to one of the coolest, trendiest, most relaxed cities on the planet: Copenhagen. It’s never a bad time to visit the Danish capital, but in May the weather is pleasant, and there are a whole raft of things to see and do. A good choice is the Copenhagen Beer Festival (31 May-2 June); over the last decade or so, Danes have really embraced craft beer as an alternative to the dominance of Carlsberg (incidentally, the Carlsberg brewery in Valby is well worth a visit), so expect to find a wide variety of delicious brews. Aside from beer, there’s so much more on offer in Copenhagen. Tivoli Gardens is obviously iconic, and no trip to the city – especially for a first-timer – is complete without it. To get a more Danish experience, why not hire a bike and explore the streets that way, making your way past sights like the Little Mermaid, Amalienborg, Christiania and the Rundtårn?

Three Czech composers, Antonín Dvořák, Bedřich Smetana and Gustav Mahler are among the finest composers in European musical history. It seems right, therefore, that every May in the magnificent neo-renaissance Rudolfinum, the Czech capital city hosts the Prague Spring International Music Festival (12 May-3 June) to celebrate the very best performing artists, symphony orchestras and chamber music ensembles in the world. Prague is a true city of culture, has a wealth of architectural styles, featuring everything from Romanesque to Art Nouveau. There are enough world-class museums to rival London: among the highlights are the Jewish Museum, the National Gallery and the Franz Kafka Museum. Add to these now-iconic sights like the Astronomical Clock, the Powder Tower, Charles Bridge and the John Lennon Wall, and there’s absolutely no excuse to be bored in Prague. Oh, and there’s a beer festival here too (10-26 May).

Best for the exotic

Penang, Malaysia’s smallest state, is a true paradise. George Town, the state’s capital, is the second largest city in Malaysia, and surely one of the most unique. A UNESCO World Heritage Site, George Town boasts an eclectic mixture of Buddhist temples, mosques and 19th-century churches existing cheek-by-jowl with colonial architecture and shiny 21st-century developments. Though sometimes shabby, it is an evocative place, aided by the abundant and intriguing street art. One of the most spectacular sights on the island is Kek Lok Si temple, which sprawls over a hillside to the southwest of George Town. With its stunning Thai-style towers, statues of Buddha and of Chinese Gods, sparkling lights and lanterns, it is a must-visit. It has, unfortunately, become incredibly commercialised, but it remains a beautiful place, and it especially good for a new visitor to Malaysia, in search of an easily digestible look at local culture and heritage.

Israel is a land of contrasts, typified more than anything by the two cities of Jerusalem and Tel Aviv-Yafo. Jerusalem is one of the oldest cities in the world and has been ruled over at various times by everyone from Romans to the British. Your first port of call will probably be the Old City, a mysterious and evocative labyrinth of winding pathways and crumbling buildings. The Temple Mount is the most familiar sight, with the Dome of the Rock and the al-Aqsa Mosque dominant images of the city. Meanwhile, Tel Aviv-Yafo is the most liberal and open city in the Middle East, and guests will find a relaxed, casual atmosphere filled with beaches, shopping, nightlife and culture. This is epitomised by its striking Bauhaus-style architecture: a 20th-century design that contrasts with the history of Jerusalem. In May, there are two film festivals: Docaviv, for provocative international documentaries, and the Tel Aviv International Student Film Festival at the end of the month. For more on Tel Aviv, take a look at our city guide.

Unfortunately, not all of us can make it to exotic Penang. If you’re looking for a stay-cation instead, then Cornwall’s a pretty good bet. Cornwall has its own culture unique, and many Cornish people see their local identity as superseding their Englishness; the Cornish language is making a serious comeback, too. The county is also home to some excellent beaches. Bude, in the north of the county, has particularly fine ones, as well as first-class surfing. Elsewhere, you can find picturesque fishing villages, beautiful countryside in Bodmin Moor, and even a branch of the Tate Gallery in St. Ives. A highlight of Cornwall is the Eden Project, an astonishing collection of plants from across the globe housed in enormous, transparent space-age domes. With all that on the agenda, who needs a tropical paradise?

Cambridge isn’t just a university. Having said that, the various colleges are a must-see for anyone interested in architecture, history, religion or, of course, academia. The most spectacular is surely King’s College, but many of the others are well worth a visit in their own right. Queen’s College, for one, is particularly notable, spanning the River Cam via the famous Mathematical Bridge. With all this academia comes some pretty good museums – we highly recommend the Fitzwilliam Museum, and the Polar Museum, which charts the adventures of British heroes (or failures?) like Robert Falcon Scott and Ernest Shackleton. There’s also the University Museum of Zoology, which contains specimens collected by Charles Darwin himself. Elsewhere you’ll find excellent the Botanic Garden, decent shopping, fine restaurants and some really superb pubs, and you certainly shouldn’t miss out on the legendary Chelsea buns at Fitzbillies. An ideal way to complete the trip is with a punt down the Cam – but only if the weather’s good! 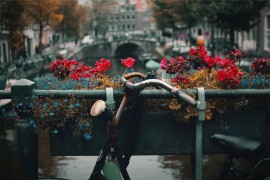 Where to Go in March