With the dramatic finale of Downton Abbey behind us, we take a look at some of the British Isles most majestic country manors, luxury castles and stately homes. These are Grand Hotels with centuries of history, exquisite interiors, and flawless service that even the Crawleys would approve of. So if you’re dreaming of that luxurious break, Downton Abbey style, look no further.

Fanhams Hall Hotel is a Jacobean Manor House converted into a hotel and meetings venue. Boasting an exceptional combination of old traditional interiors with contemporary styled bedrooms, the hotel is set in 27 acres of beautifully manicured grounds. There is a traditional wood-panelled library and drawing room, a modern conservatory, as well as a unique Grade II listed Japanese tea house and garden.

The History: The birthplace and home of Sir Henry Page-Croft, Winston Churchill’s appointed Under-Secretary of State for War until 1945. His sister, Lady Anne Brocket, was also born in the house, and after her husband’s death in 1934, returned to Fanhams Hall. It was Lady Brocket’s interest in horticulture that influenced the employment of Japanese gardeners to create the house’s formal gardens.

Rooms from £90 including complimentary breakfast, internet access, use of on-site gym and car parking.

A 17th century stately home in the Yorkshire Dales, Swinton Park is a 30 bedroom luxury Downton Abbey style hotel with antique furnishings, grand traditional bedrooms, fine dining, a cookery school, spa and extensive grounds. Transformed into a hotel in 2001, Swinton Park has been awarded with 4 Red Stars and 3 Rosettes by the AA.

The History: Swinton Park has been in the ownership of the Cunliffe-Lister family since the 19th century, when Samuel Cunliffe-Lister first bought it in 1882. His granddaughter Molly and husband Philip, took the family name on inheriting the estate and came to live at Swinton in 1924. Philip was later appointed Earl of Swinton in 1955. Molly’s grandson Nicholas is the current Earl of Swinton, and his son Mark is now responsible for the running of the 200 acres family estate.

Double Rooms start at £160 including breakfast, free parking, Wi-Fi and complimentary gin and whiskey in the room.

A period-style Victorian castle, Kilronan Hotel & Spa is one of Ireland’s most luxurious castle hotels. Standing in 40 acres of parkland on the shore of Lough Meelagh in County Roscommon, the Kilronan Castle offers luxury old-world rooms with beautiful antique furniture, fine dining and a sleek modern Spa.

The History: Kilronan comes from the Gaelic ‘Cill Ronain’ which means Ronan’s Abbey, the ruins of which are close by. The original castle was built in the early 1800’s and belonged to Colonel King Tenison. The Tenison family originated from Oxfordshire in the era of Edward I but fought with the Irish Brigade in France and on behalf of The Pretender, Bonnie Prince Charlie.

Matfen Hall is a 19th-century country mansion in Matfen, near Newcastle. This stately Downton Abbey style home is set in 300 acres of parkland and offers 53 individually decorated bedrooms in traditional and contemporary styles. There is also a golf estate which includes a 27-hole course, and a recently refurbished luxury Spa.

The history: The ancestral home of the Blackett baronets of Newcastle, Matfen Hall was completely rebuilt in the 1830s on the site of an earlier Jacobean house by Sir Edward Blackett, 6th baronet. The last family member to live in Matfen Hall was Sir Hugh Blackett, 8th baronet. The hall was later converted into a hotel and country club in 1999 by Sir Hugh Blackett (12th baronet) and his wife Anna.

An award winning resort and Spa the Slieve Donard is a magnificent hotel standing in six acres of immaculate private grounds. With a golden strand of beach bordering it on one side and the Royal County Down Golf course framing the other, Slieve Donard offers 178 stylish bedrooms, several fine dining options, swimming pool and state-of-the art gym facilities.

The history: Originally built by the Belfast and County Down Railway in 1896, as a luxury holiday destination. The hotel was almost self-sufficient and had its own bakery, vegetable gardens, pigs, laundry and even a power plant which also provided electricity for the railway station. Typifying the ideas of Victorian grandeur, the glamour of the railway era can still be felt to this day. With a fairy tale setting on the banks of the River Suir, the luxurious Waterford Castle Hotel & Golf Resort is located on a private island in the suburbs of Waterford in Ireland, and is only accessible via ferryboat. The castle boasts elegant rooms and suites with stunning views, as well as an 18-hole golf course. Enjoy great dining, outdoor pursuits and a unique, beautiful island setting.

The history: Maurice Fitzgerald, cousin of Strongbow, the English Earl of Pembroke, become potentate of the island in the 12th century. For eight centuries, the island served as home to the Earls of Kildare and Ormond and the Knights of Glin and Kerry. In 1958, the property was bought by a family who came from Rhodesia, thus ending the remarkable link between the Fitzgerald’s and the island.

A former country house in Tarporley, Willington Hall is set in 17 acres of parkland and offers uninterrupted views across the Cheshire countryside and towards the Welsh mountains. The hotel offers 12 en-suite rooms individually styled with sumptuous fabrics and antique furnishings, a beauty Spa and onsite equestrian centre.

The history: A Jacobean styled house with a colourful facade of orange and blue bricks, Willington Hall was built in 1829 for Major W. Tomkinson. During the 1950s, the original house was reduced in size, and a portico was added. Since 1955 it has been in use as a hotel.

Rooms from £107 including full English breakfast, complimentary Wi-Fi and parking.

The history: Over 250 years old, Washingboroug Hall was the 19th century home of Sir William Amcotts Ingilby, Lord of the Manor. In 1970, after a period of semi-dereliction, the Hall became a hotel. Since 2008 the hotel is a privately owned family business, and one of Lincolnshire’s best kept secrets.

Rooms from £110 including complimentary Wi-Fi and parking.

Ruthin Castle is a medieval castle fortification in Wales, near the town of Ruthin in the Vale of Clwyd. With a wide range of services for guests to enjoy, including medieval themed feasts, the hotel boasts 59 rooms, a Spa with both indoor and outdoor facilities, and a double AA rosette award winning restaurant.

The history: Ruthin Castle was constructed during the late 13th century by Dafydd, the brother of Prince Llywelyn II. The castle was most notably the base of the noble de Grey family given the title “Barons Grey de Ruthyn”. During the English Civil War Oliver Cromwell’s forces dismantled the castle. Since the 1960s the castle remains have been incorporated into a hotel.

The history: The Hall was built between 1557 and 1585 by Sir Edward Devereux. It was then bought by Sir John Bridgeman in 1657, who extended and improved the property adding a second floor and a large front porch. The Bridgemans were created Barons Bradford in 1792 and (Earls) in 1851. The last family member to live in the Hall until her death in 1936 was Lady Ida Bradford. The Hall was opened as a hotel in 2011.

Double Rooms from £119 including free Wi-Fi.

All room prices listed were correct as of 19th September 2014, and are subject to availability. 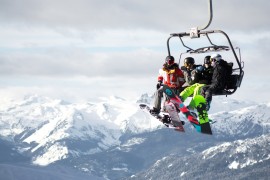