5 Outdoor Activities Everyone Should Try At Least Once

From whale watching to hot air balloons; here are 5 incredible outdoor activities complete with our top picks on where in the world to do them. Go on, adventure beckons! 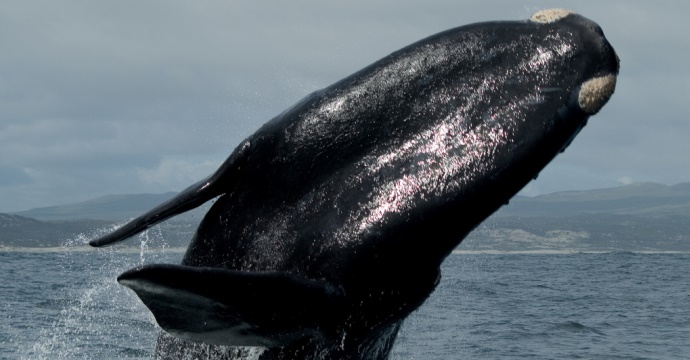 What’s it all about: Experience the magic of watching one of the biggest mammals on earth in its natural habitat.

Our favourite spots: The Western Cape in South Africa is one of the few places in the world where it is possible to watch whales not only from the sea, but from land! The small town of Hermanus has some of the best land-based whale watching in the world. Best June to November.

Further north, the rugged west coast of Scotland is another great place to see whales, more specifically minke whales. Yes, the weather may be somewhat unpredictable, but this is a great place for an adventure holiday nonetheless. Best April to September.

Slap bang in the middle of the Atlantic Ocean, the Azores is a remote group of Portuguese islands and another great spot for whale watching. The small island of Pico and its neighbour Faial, probably represent your best chance to see sperm whales breaching out from the cold and nutrient-rich waters.

Alternative: Don’t like the ocean and spending the day out on a boat is not your idea of a good time? Not to worry. Bird watching can be as fun as whale watching, and what’s best you can do it pretty much anywhere in the world! 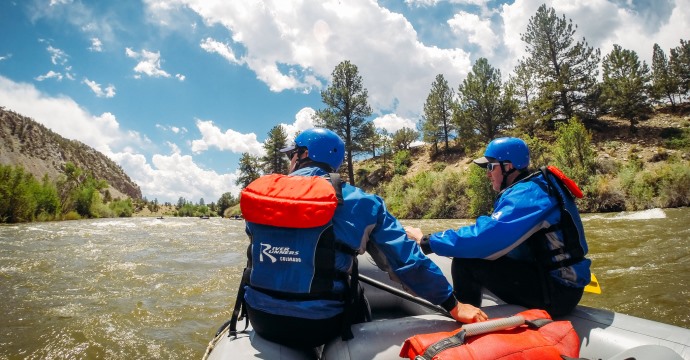 What’s it all about: Some do it for the pure adrenaline, others the nature. Whatever your reasons, prepare to get wet on one of the most exhilarating outdoor activities you’ll ever experience.

Our Favourite spots: Slovenia is a world-renowned destination for outdoor pursuits, and its emerald-green Soča River, the perfect location for white water rafting. The waters here are suitable for all, from total beginners to hard-core rafters. Best from April to October.

The Çoruh River in Turkey is one of the world’s fastest-flowing rivers. Fed by snow-melt from the Eastern Black Sea Mountains in northeast Turkey, the Çoruh’s highest water levels are in May-June, but after mid-June is the time to come if you are looking for a more relaxing trip.

The holy river of India, the Ganges is also one of the best places for white water rafting in Asia. Connecting with the wild waters while exploring India and its nature will make your trip worth it. Best from October to February.

Alternative: If you’re having second thoughts about getting wet, you can try zip lining. You’re not only guaranteed an adrenaline rush unlike any other, but also a bird’s-eye perspective on beautiful surroundings. 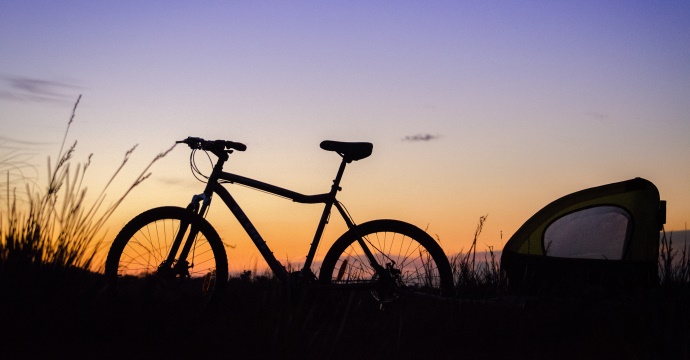 What’s it all about: Whether you’re keen on enjoying a long lazy lunch or stop for a visit to an ancient castle, a cycling break is all about exploring the land at your own pace.

Our Favourite spots: Now something of a national institution, the thousand-mile journey spanning the entire length of the United Kingdom, from Land’s End in Cornwall to John O’Groats in Scotland; is undertaken by thousands of cyclists every year.

Another great cycling route is making your way through the landscapes of County Clare, Ireland. From the fertile lands of the Shannon estuary, roll past golden-sand beaches to the dramatic Cliffs of Moher, facing the wild Atlantic coast.

Perhaps one of the most famous routes in all of Europe, The Way of St James is another great option for a cycling break. Running 500 miles from the foothills of the Pyrenees to Spain’s Atlantic coast, this route is a must, whether in search of spiritual enlightenment or simply to enjoy the pretty medieval villages along the way.

Alternative: Turn any day out into a fun adventure with geocaching, a growing international sport based around the idea of a treasure hunt but with high tech assistance (i.e. a GPS device). You can find details of ‘caches’ listed by geographical region on websites such as www.geocaching.com. 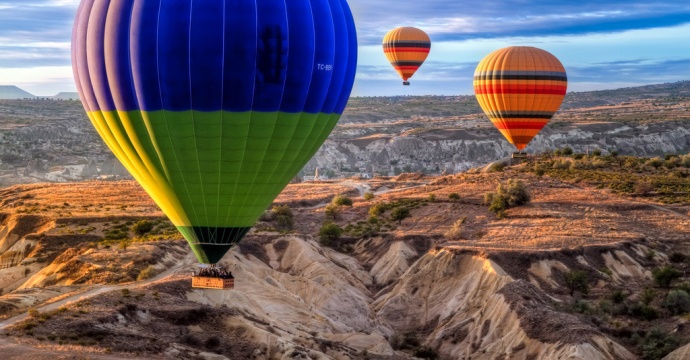 What’s it all about: Since it first took flight in 1783, the hot-air balloon has been one of the most unique ways to see the world’s spectacular sights from above.

Our Favourite spots: The otherworldly terrain of Cappadocia, in Turkey, is one of the most fantastic places in the world to get a bird’s eye view from. Green vineyard plots appear interspersed between rock formations striped in shades of red, orange and grey, providing a unique and ethereal allure (pictured above).

The region of Tuscany in Italy is another gorgeous place for experiencing a hot balloon ride. With amazing landscapes that range from lush green valleys and vineyards to the earthy tones from the many historic towns and villas; all best observed from above.

In Kenya’s Maasai Mara National Reserve you can watch from the air as millions of zebras, gazelles and wildebeests travel through the park in search of water each year for the Great Migration, a phenomenal sight. Best from July to October.

Alternative: If you’re not so keen on heights, trekking is another great activity for stunning outdoor views. 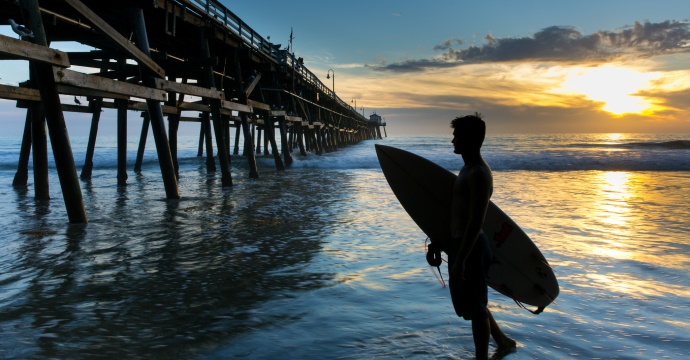 What’s it all about: One of the most popular board sports ever invented (there are over 20 million surfers in the world!), surfing is not just about the sport, but a way of life.

Our Favourite spots: The Algarve, in Portugal, is one of Europe’s top sun destinations; but, luckily for wave-riders, it also happens to have some of the best swells on the old continent. When the more exposed west coast, which includes famous spots such as Amado ou Carrapateira, is being hit by big surf; you can always enjoy the smaller waves on the south coast.

South Africa is pretty much a 360 degrees, 365 days-a-year ride, kind of place; and for that it deserves a place on our top 3. From the beaches of Durban, where seldom a day goes by without good swells; to Muizenberg, known as the long boarder’s paradise; or the ‘supertubes’ of Jeffrey’s Bay, the ‘Rainbow Nation’ offers plenty of choice for both the experienced and novice alike.

Receiving the most swell in the UK, and providing year round waves, Cornwall is another top spot for a surfing break. Thousands of surfers flock to its shores each year in search of the best breaks, best rides and best scenery. Famous spots include Bude or Fistral Beach in Newquay.

Alternative: You can always go for a lighter version, such as the more recent offshoot of surfing: stand up paddle boarding (SUP). Unlike traditional surfing where the rider is sitting until a wave comes, stand up paddle boarders maintain an upright stance and use a paddle to propel themselves thorough the water. No waves necessary!